The Art of Departure 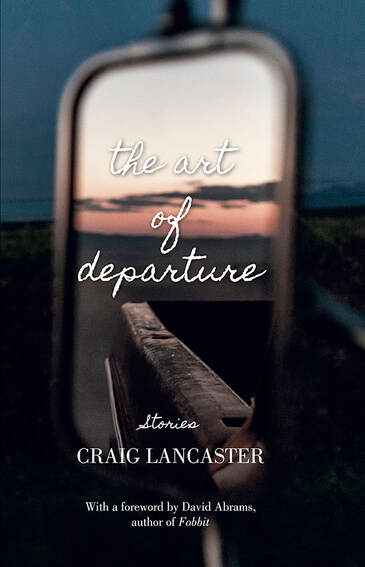 Originally published in 2011 as Quantum Physics and the Art of Departure, Craig's collection of short stories was a High Plains Book Award finalist and a gold medal winner in the 2012 Independent Publisher Book Awards. In 2016, Craig released a new edition of the collection through Missouri Breaks Press, titling it The Art of Departure and including new short fiction.

Synopsis: A basketball coach gets caught between his team, his family, and the expectations of a town with a thirst for winning. A traveling salesman, stranded far from home, explores the dark corners of his life on a late-night bus ride. A prison inmate clings to his dignity and self-righteousness in a place where everything else is stripped away. A teenage runaway finds unexpected shelter. Mismatched lovers flail away from each other.

Craig Lancaster’s debut collection of short fiction, originally released in 2011 to enthusiastic reviews, mined his home terrain of Montana and took on the notion of separation—from comfort, from ideas, from people, from security. Now updated with two new short stories and a selection of even shorter fiction, as well as a foreword from author David Abrams, this collection goes deep into farms, cities and suburbs, into love and despair, into what motivates us and what scares us, peeling back the layers of our humanity with every page.

“Have you ever felt in your pocket and found a twenty you didn’t know you had; how ‘bout a hundred dollar bill, or a Montecristo cigar or a 24-karat diamond? That’s what reading Craig Lancaster’s The Art of Departure is like—close and discovered treasures.” — CRAIG JOHNSON, author of the bestselling Walt Longmire novels

“Craig Lancaster understands the human condition, all of it. The funny, the absurd and the fault-ridden awesomeness that is each and every one of us—or at least someone we know.” — MEGAN AULT REGNERUS, editor emeritus of Montana Quarterly