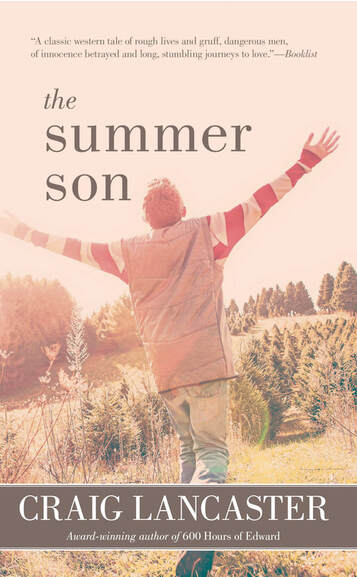 Craig's second novel was originally released in January 2011 by Lake Union Publishing. It was a fiction finalist in the Utah Book Awards. In 2017, Craig regained the publication rights and released a new edition of the novel under his own literary imprint, Missouri Breaks Press.

Foreign editions include French and German.

Synopsis: Mitch Quillen’s marriage and career are failing, and his relationship with his father has been a disaster for decades. Approaching forty, Mitch doesn’t want to become a middle-aged statistic. When his estranged father, Jim, suddenly calls, Mitch’s wife urges him to respond. Mitch heads to Montana and a confrontation that will alter the course of his life.

​Amid a backdrop of rugged peaks and valleys, the story unfolds: violence that triggered the rift, thirty years of miscommunication, and the possibility of misplaced blame.

“In his second novel, Lancaster writes with deceptive directness, rendering the sensuous world with high-definition precision, from a rattlesnake to a sunset to Jim’s drunken aggression, while slowly revealing the complexity of his damaged characters’ psyches. A classic western tale of rough lives and gruff, dangerous men, of innocence betrayed and long, stumbling journeys to love.” — BOOKLIST

“Mitch’s journey to his father and back through the past couldn’t be in better hands than those of Billings author Craig Lancaster in The Summer Son.” — THE BILLINGS GAZETTE

“Lancaster has crafted a novel that offers readers the most valuable gift any work of fiction can offer: an authentic emotional experience. The Summer Son will grip you with its pathos and insight, propel you mercilessly forward with its tension and suspense, and then wow you with an ending you won’t see coming. And when the experience is over, The Summer Son will stick with you.” — JONATHAN EVISON

“Craig Lancaster’s magnificent novel, The Summer Son, travels straight into the realm of broken hearts and hurt souls only to discover miraculous things at the core of each of us: grace and love. This is one of those rare novels that will live from generation to generation, offering sunlight to those who think the human race lives only in a stormcloud." — RICHARD S. WHEELER