CRAIG LANCASTER | Novelist. Editor. Traveler in the World.
An honest-to-goodness street sign
in Fort Worth, Texas, about 10 miles
from where Craig grew up. 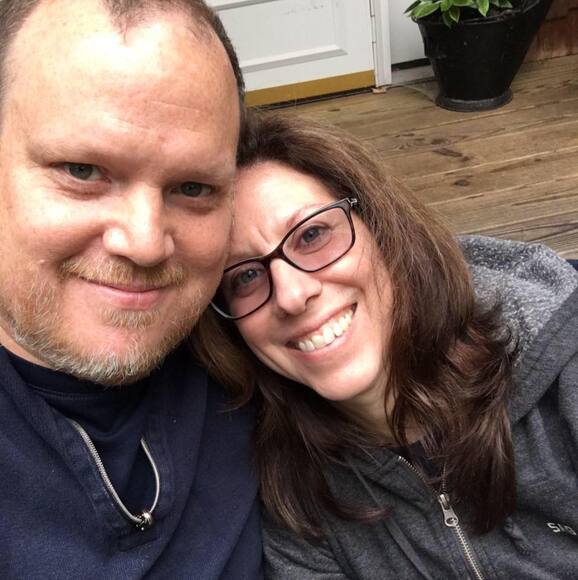 Craig and his wife, novelist Elisa Lorello, in Sag Harbor, N.Y.
Craig was born in 1970 in Lakewood, Washington. Adopted at birth, he lived initially in Wyoming before moving to Texas at the age of three with his mother and his new stepfather. He attended public schools in North Richland Hills, Texas, graduating from Richland High School, where he's now a member of the Hall of Fame.

After a circuitous and ultimately futile attempt at college, Craig embarked on a career as a newspaper journalist. He worked—mostly as an editor—in such states as Texas, Alaska (twice), Kentucky, Ohio, California (twice), Washington, and Montana. He wrote stories, edited copy, oversaw departments, spent a season covering the Oakland Raiders and, in general, had a whale of a time for nearly 25 years. In 2013, he left daily journalism to write full time. Nowadays, in addition to his own literary work, he's a senior editor at The Athletic (if you love sports and high-quality sports writing, subscribe today), helps others reach their writing and publishing dreams through Lancarello Enterprises, and serves as the senior editor/design at Montana Quarterly. He's also a frequent contributor.

​After a two-year sojourn in Maine, Craig has returned to his heart earth of Montana, where he lives with his wife, novelist Elisa Lorello, a dog named Fretless and a cat named Spatz.

You can read his Wikipedia entry here.